In 1993-96, desmans were recorded at 85.1% of sites, and their presence was positively related to stream order and slope. In 2014-15, desmans were only found at 31.1% of sites, and their presence was positively related to slope steepness and negatively to stream order and maximum temperature of the warmest month. The extinction rate across periods was 63.5%, and the probability of extinction increased with stream order and declined with slope steepness. Maps of predicted distribution and extinction indicated that while the species was widely distributed in the first period, it largely disappeared thereafter from the main rivers and the largest tributaries, persisting mostly in stream headwaters in more mountainous areas. The severe decline found in ours and other studies suggest that the conservation status of the Pyrenean desman may need to be upgraded, and highlights the importance of headwater streams for its conservation. Furthermore, this study supports the view that headwater streams may be increasingly important for biodiversity conservation in modified river systems, favouring the permanence of remnant, albeit fragmented populations.

The results highlight the ecological relevance of riffles as foraging habitats of desmans, and therefore as key features for their conservation. It suggests that channel modifications that reduce the areal cover of riffles impair habitat quality for this species. In addition, water diversion for hydropower is likely to be detrimental for desmans, as it reduces discharge and flow velocity in the bypassed river sections. 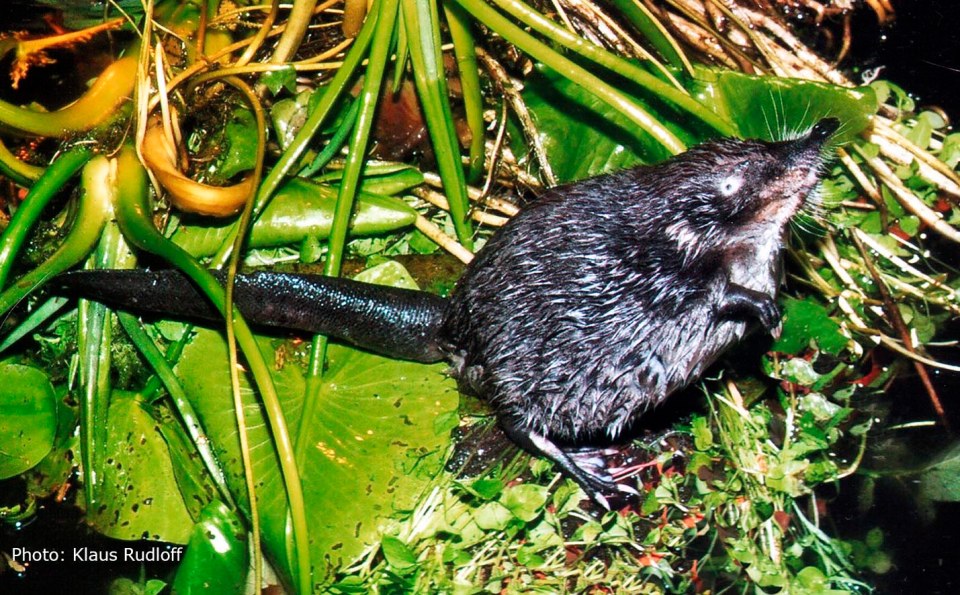 Russian Desman at the edge of disappearance_Rutovskaya et al 2017